Lord’s day afternoon Sam and Randy were down by the barn, when they heard a clop, clop, clop on the road. They peered around the corner of the barn and to their surprise they saw a strange horse all alone, trotting toward the crossroads. There it paused, as if it was trying to read the sign posts and wondering which way to go.

The boys slipped under the fence and headed her off to one side, and then chased her into the corral. She was hungry and thirsty, but almost too nervous to eat, even though the boys tried hard to get her interested. It wasn’t until the next day that Sam tried to ride her. What a nervous animal! She gave him a wild ride that he would long remember. He was glad to get off that horse.

After almost two weeks of waiting for someone to claim her, and of looking in the “Lost” column of the newspaper, Daddy sent for the brand inspector to come to try to identify her brand mark. It turned out to be two marks—one on top of the other. This horse had some kind of a shady background. Anyway, the owner was notified and drove out one day to get his horse.

He was rather disgusted. “She’s a runaway; nothing but a runaway! I can’t keep her fenced up, and neither could the man I got her from. Would you just keep her here till spring and I’ll pay you for feeding her?”

Daddy rubbed his chin. “Well, we’re short on feed this fall, and I have all these cattle to winter. I’d rather you just took her back with you.”

But the man finally convinced Daddy to keep her for the winter and left with the parting warning that she’d probably make a break in a fence and get away again anyway. The family horse Silver, and the new horse which was named Pet were soon on good terms. Silver was very tame and loved to be fed special treats from the children’s hands. Pet, however, refused to let anyone get near her and always backed away when Daddy tried to catch her to put a bridle on her.

It was Beth who took a special fancy to this shy, highstrung horse. She would often go down to the corral without anyone knowing it, and would sit on the top rail of the fence and talk gently to the horse. Pet would snort and run to a far corner with a frightened look in her eyes. If Beth would approach a few slow steps, she would quiver all over. Even a pan full of oats was no bait for friendship as long as Beth was watching. She would set it down and go back to the house. But after visiting the horse every day for a few weeks Beth felt rewarded when she saw Pet take a few slow steps towards the pan and start nibbling. Beth would sit patiently on the top rail of the fence watching Pet eat the oats.

What kind of master are you serving? Maybe you do not realize that you are serving any kind of master, but you are. “Know ye not, that to whom ye yield yourselves servants to obey, his servants ye are to whom ye obey, whether of sin unto death, or of obedience unto righteousness?” Romans 6:16. If we think that we do as we please, we deceive ourselves, for we are gradually being brought into the bondage—hard bondage of sin and Satan. The beginning is small and gradual; sinful pleasures. But habits grow and sin that hardens the conscience will end in death. “The wages of sin is death; but the gift of God is eternal life through Jesus Christ our Lord.” Romans 6:23.

Now that Pet would eat oats from the pan, Beth tried to get the horse to accept some oats from her hand. Pet reared up in terror, and pawed with her front hoofs. Beth managed to soothe her by talking quietly. Gradually she began to stroke her a bit, and then after a few more days started to groom her a little with a curry comb. The wild tangle of her mane was carefully smoothed and the burrs were trimmed out. 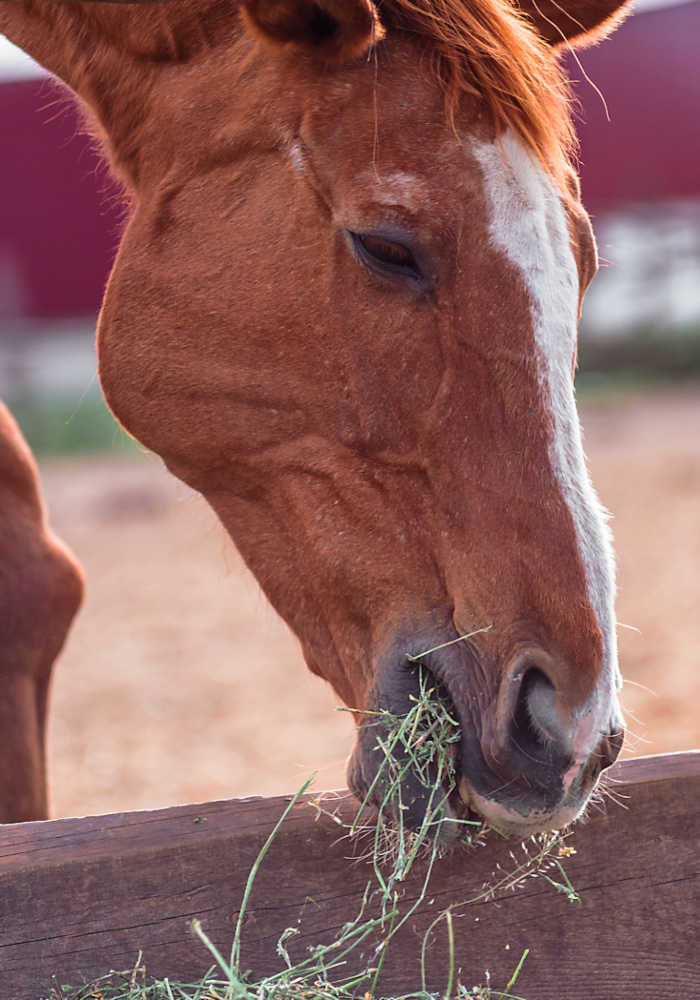 The rest of the family didn’t know at all what was going on. Pet was no rare beauty when she came, and probably never would be but she was now looking sleek and well groomed. Even her owner was surprised when he drove in the next spring, pulling a trailer in which to haul her, to see her looking so well groomed.

Pet was terrified at being loaded into the trailer, for she stood trembling and nickering to her friend Silver who, in turn whinnied loudly from the other side of the fence. Silver ran back and forth as if upset to see Pet soon to be taken away.

While the man complained about the price he had agreed to pay Daddy for keeping Pet during the winter months, Beth slipped into the trailer to be close to Pet. Beth put her arms around her neck trying to soothe the scared animal and soothe her own feelings at the same time. Daddy was saying, “No, I don’t need another horse.” “Well, all right then!” The man turned quickly to go and nearly stumbled over the group of children who had gathered closely around the trailer. They all hated to see Pet go. Beth’s eyes filled with tears as she said, “Please Daddy.” She could go no further and had to bite her lower lip to keep it from trembling. She was so disappointed. Daddy was completely surprised. “Why all this fuss over a stray horse that’s half wild?”

“Two horses are much nicer than just one” Randy suggested. The rest chimed in to voice their opinion in Pet’s behalf. Pet didn’t understand why the trailer gate was opened again, but it was, so she could back down to the ground. She did not know she had been bought by a new master. But when she got out of the trailer there she stood, right out in the open. She looked at the faces around her. She looked at the road open ahead of her, and then with a shake of her head, she trotted to the fence where Silver was and waited to get in. Nor did she ever run away again.

Are you unhappy? Would you like to start over? There is a new beginning for you, a new birth and a new life to all who come to the Lord Jesus, and own their lost condition. The Lord Jesus has paid the price to redeem your soul from hell. Come to Him and learn of Him, Who loved you and gave Himself for you. (Galatians 2:20). To know Him is to love Him. His invitation is, “Come unto Me, all ye that labour and are heavy laden, and I will give you rest.” Matthew 11:28.

Beth spent many happy hours that summer riding Pet, grooming her till she was sleek and shining. She taught her to lift each hoof in turn so she could pick out any rocks and sharp gravel lodged in the soft spots of her feet. Even Daddy had to smile when he saw Beth hold up the bridle one afternoon, and Pet came running right up to her as if to say, “At your service.”

Some think they can serve two masters. They would like to have the pleasures of sin for a season now and heaven later. But again they deceive themselves.

“CHOOSE YOU THIS DAY WHOM YE WILL SERVE.”

MY SHEEP HEAR MY VOICE,
AND I KNOW THEM, AND THEY FOLLOW ME:
AND I GIVE UNTO THEM ETERNAL LIFE; AND THEY SHALL NEVER PERISH,
NEITHER SHALL ANY MAN PLUCK THEM OUT OF MY HAND.
John 10:27,28

THAT IF THOU SHALT CONFESS WITH THY MOUTH THE LORD JESUS,
AND SHALT BELIEVE IN THINE HEART THAT GOD HATH RAISED HIM FROM THE DEAD,
THOU SHALT BE SAVED. Romans 10:9 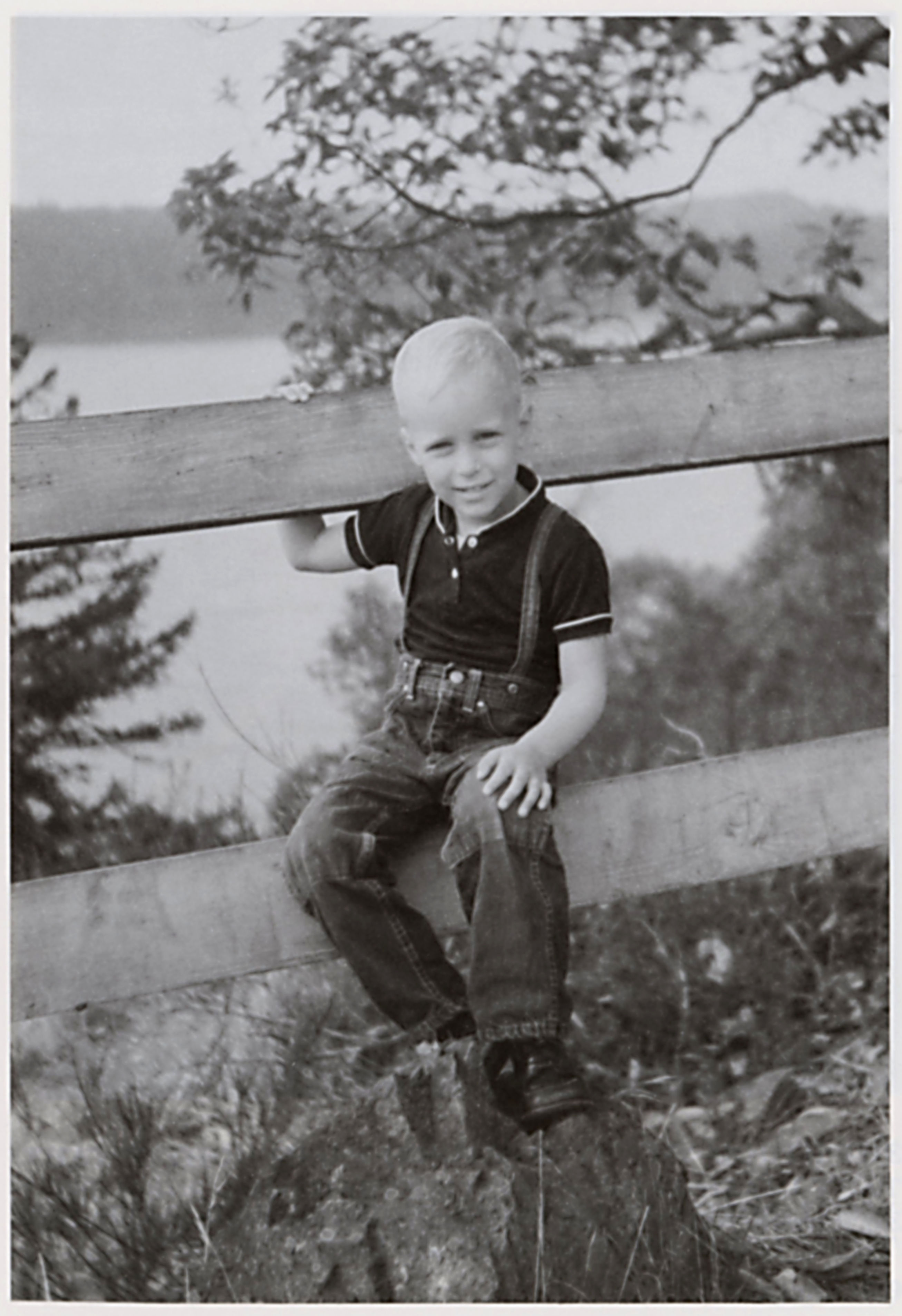 I WILL BOTH LAY ME DOWN IN PEACE, AND SLEEP:
FOR THOU, LORD, ONLY MAKEST ME DWELL IN SAFETY. Psalm 4:8