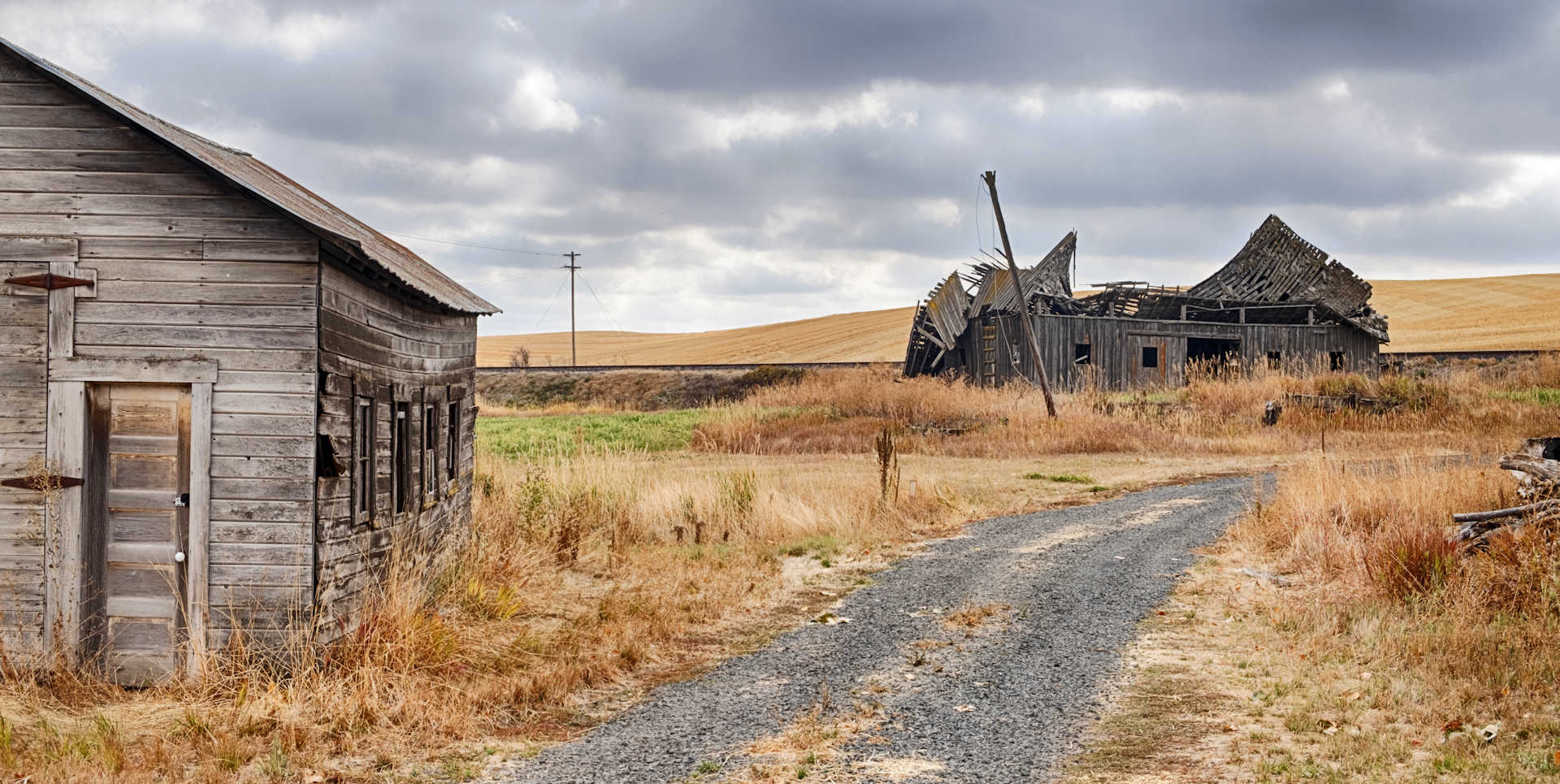 The cattle were more restless than usual. With heads bent low looking for the bunch grass that grows here and there on the desert, they wandered far from the outskirts of the little town. The steady hot wind that had been blowing all morning was now turning into a sand storm. It blew hard at the faces of Beth and Sam who were “riding herd” that day, and stung their eyes.

“There’s an old shack up ahead. Shall we take shelter till this blows over?” Sam called to his sister.

Sure enough! They were approaching an old homesteader’s cabin, but it was deserted and apparently had been so for a long, long time. They were thankful for any kind of shelter, however, and after hitching their horses to a post they took refuge in the little building that had become as weathered and bleached as a bone.

There were just two rooms inside. The bare wooden walls showed daylight between the cracks of the boards, and regular sand dunes had formed in the corners. The windows were all broken out, and the wind whistled through their poor shelter. 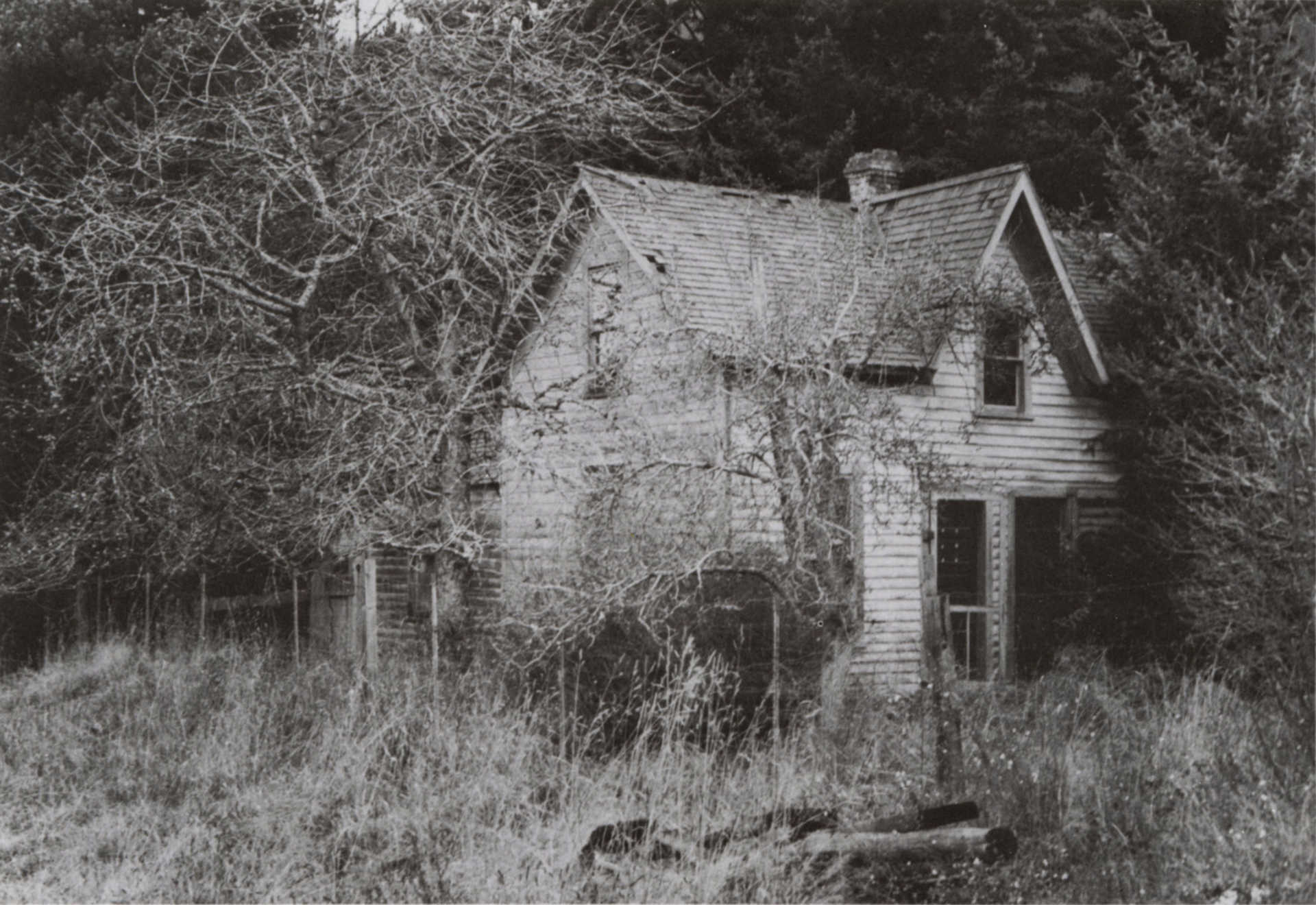 “This isn’t much better than outdoors” said Beth in great disappointment. “But look, here is a big old cupboard that’s as snug as can be!” exclaimed Sam. The shelves probably had been removed by someone that needed the lumber. “The only trouble is that the doors won’t stay shut, but I can fix that.” Sam found an old two-by-four which he braced against the opposite wall, and after they had both stepped into the cupboard he eased the other end down and then let it settle against the doors. While the storm howled about them, they were content to stay huddled down within the crowded space of the old cupboard. At last the wind seemed to die down a little and they decided they should start out again and get the cattle rounded up.

Sam pushed against the old but well built cupboard doors, but they wouldn’t yield. He pushed harder and harder. Then they both pushed together with all their might. The fact the doors wouldn’t yield made them afraid they wouldn’t get out at all. But Sam was still confident of his own strength. A rotten two-by-four shouldn’t be too hard to break! He braced his back against the wall and placed his feet against the door, then pushed with every ounce of strength he had. How Sam wished this door was a flimsy panel of wood that would give way under such pushing. But it wasn’t and it didn’t budge! Sam and Beth examined and tested the hinges, but they too were of sturdy stuff that didn’t give.

Beth was scared and said, “What if we never get out—what if we starve in here?” Sam thought hard and then spoke out, “I think we’d better pray.” They had always prayed at bedtime and father always thanked the Lord at mealtimes. They had often heard about the Lord Jesus and heard the Bible read each day, but as yet it had not become a personal matter between their own souls and God. Now they felt for the first time their great need of Him. When we come to the end of ourselves, we then see our need of salvation.

“FOR WHEN WE WERE YET WITHOUT STRENGTH,
IN DUE TIME CHRIST DIED FOR THE UNGODLY.”
Romans 5:6.

Their prayers were very childish, being the only ones they knew. “Now I lay me down to sleep; I pray Thee, Lord, my soul to keep. If I should die before I wake, I pray thee, Lord, my soul to take.” Even though they both knew it didn’t fit this occasion at all, Sam also prayed: “Come, dear Lord, and be our guest. Bless this food which Thou hast provided, for Jesus’ sake. Amen.” This prayer he repeated in German, as though it might be more effective in entreating God’s attention. At the last he added what was really on his heart, “And please help us get out of here.” Did God pay attention? I’m sure He heard those children.

When all goes well we tend to think lightly of God and of eternity. Just as Sam’s lack of thinking ahead had placed them in their difficult situation, so will yours put you in outer darkness if you do not turn to the Lord while there is yet time!

Sam tried again to push against the prison-like doors until he was worn out. Then he sank down and gave serious thought to their hard problem. Through a crack about a foot above the floor, a light streamed in from beneath the cupboard doors. This was something to investigate. He felt around and in this way made the wonderful discovery. There was a way of escape!

“I think we’re sitting in a drawer, Beth. Help me push it open!” Using their bodies for leverage, they pushed with their feet against the front of the drawer, and against the wall with their hands. In just a minute it slid open and in less time than that, they had scrambled out and were free!

Tears and prayers and good works do not cleanse the soul from the stain of sin. But there is a way to be ready when the Lord Jesus comes and gives the shout for His own. Peace has been made long ago at Calvary’s cross. The way is open now to heaven, for all who believe what God’s Word says:

“THE BLOOD OF JESUS CHRIST HIS SON CLEANSETH US FROM ALL SIN.”
1 John 1:7.

“A MAN SHALL BE AS AN HIDING PLACE FROM THE WIND,
AND A COVERT FROM THE TEMPEST.”
Isaiah 32:2.